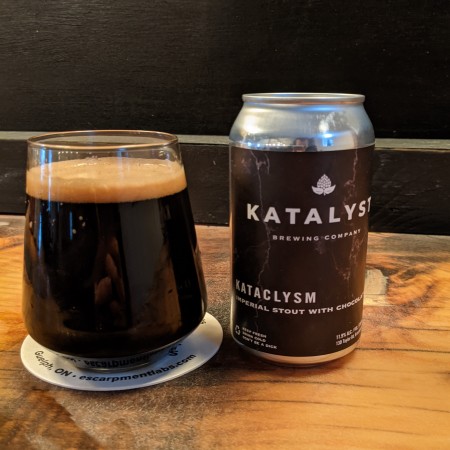 BRACEBRIDGE, ON – Katalyst Brewing has announced the release of a strong winter seasonal.

Kataclysm Imperial Stout with Chocolate (11.9% abv) is described as follows:

First released as a limited run in 2016 for Cask Days, Kataclysm has made its way into the bottle shop, and cans for the first time. This massive imperial stout pours a dark black with creamy tan head and a huge chocolate aroma.

Kataclysm is available now at the Katalyst Brewing taproom/retail store and online shop.