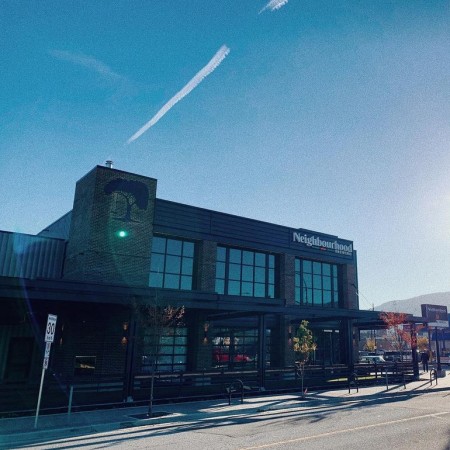 PENTICTON, BC – Just over two years after it was first announced, a new sibling brewery to Port Moody, BC’s Yellow Dog Brewing is now open in Penticton.

Neighbourhood Brewing has been founded by Mike Coghill of Yellow Dog with several other partners, and features beer from Darren Binnema, who previously worked at Yellow Dog under head brewer Liam Murphy.

While Neighbourhood branded beers have been available at local stores and bars since last year – some brewed under contract at nearby Bad Tattoo Brewing – the brewery and taproom finally opened to the public last week.

The taproom also offers a food menu with a focus on Mexican cuisine including tacos, burritos, and other snacks, served with signature salsas.

Neighbourhood Brewing is located at 187 Westminster Avenue West in Penticton. Currently closed following its soft launch, it will re-open tomorrow (Wednesday December 2nd) with regular business hours of Monday to Saturday from 12:00 noon to 10:00 PM, and Sunday from 11:00 AM to 9:00 PM.