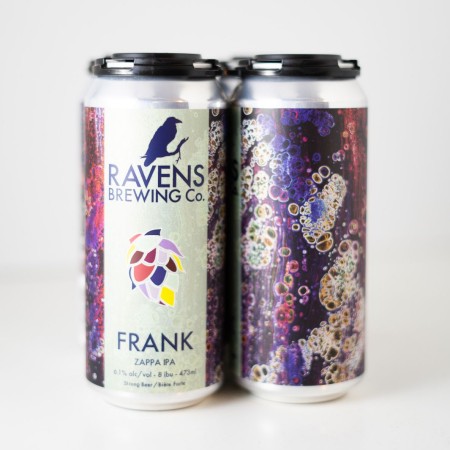 ABBOTSFORD, BC – Ravens Brewing has announced the release of a new IPA brewed with a relatively new hop variety named after a rock legend.

Showcasing the highly sought after Zappa hop, this Kveik IPA pours a light, slightly hazy straw colour with pineapple and candied fruit aromas. With tropical and sweet, candied fruit flavours throughout, Frank has a low bitterness with a clean, dank finish.