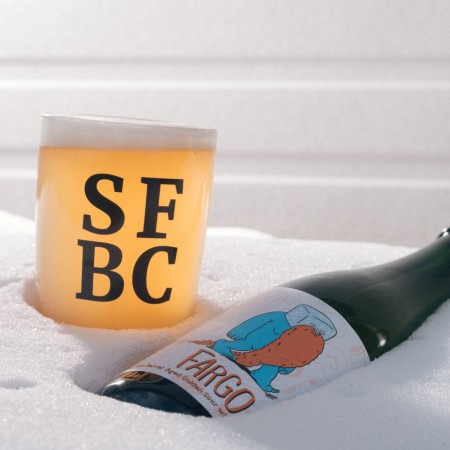 KITCHENER, ON – Short Finger Brewing has announced the return of a popular winter seasonal.

Fargo (5.5% abv) is a Gin Barrel-Aged Golden Sour with Lavender, described as follows:

Fargo is one of our most popular barrel-aged beers. It wins awards (blah blah blah, patting ourselves on the back) but, more importantly, it is fracking delicious. This batch spent over a year in freshly emptied gin barrels from Willibald’s farm distillery in Ayr. Intended to be drunk during winter in Minnesota.