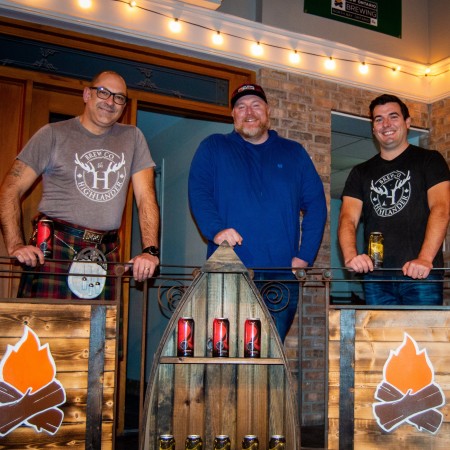 TORONTO & NORTH BAY, ON – United Craft, a Toronto-based company that owns and represents a number of Ontario beer brands, has announced that it has reached an agreement with North Bay’s New Ontario Brewing to continue production of its Highlander Brew Co. brands.

This follows an announcement last month that the Highlander brewery in South River would be renamed South River Brewing.

According to a statement from United Craft, it purchased the Highlander brands in April 2019, while the brewery owners retained the facility and continued production of the beers under contract.

With the rebranding the facility as South River Brewing, as well as the resignation of original Highlander founder and brewmaster Brian Wilson, United Craft decided to shift production to New Ontario, where Wilson had accepted a new role as co-brewmaster alongside its founder Mike Harrison.

Highlander will be relaunched in early 2021 with its two flagship beers, Scottish Ale and Smoked Porter, and other new beers developed by Wilson. In addition, the Highlander banner will be used for a new line of distilled spirits from Wilson that will incorporate locally grown ingredients.

South River has announced that it will continue producing its own versions of the Scottish Ale and Smoked Porter, as well as other former Highlander brands, all under the new brewery name.

For more details, see the full statement from United Craft, as well as articles at North Bay Nugget and Bay Today.

(NOTE: This article has been updated since it’s original publication to clarify the details and timing of Brian Wilson’s move to his role at New Ontario.)