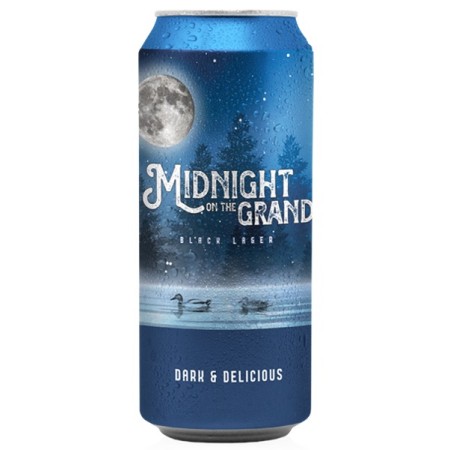 VAUGHAN, ON – Grand River Brewing, a division of Magnotta Wine, Beer & Spirits, has announced the release of a new winter seasonal.

Midnight On The Grand Dark Lager (5.5% abv) is described as follows:

At night, the Grand River is known for moonlight star gazing, spotting Blue Herons flying low and ducks paddling by. Our Midnight on the Grand is dark and rich just like a night on the river. A classic German-style Schwarzbier that’s dry and roasty with notes of vanilla and bittersweet chocolate.

Midnight On The Grand is available now at the Magnotta retail store and online shop, and at select LCBO stores.