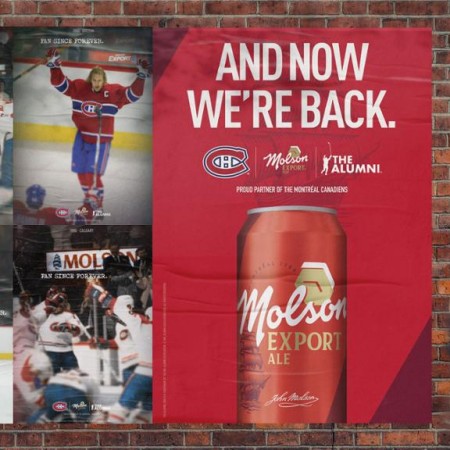 MONTREAL, QC – Molson Coors Beverage Company and the Montreal Canadiens have announced an extension of their marketing and sponsorship partnership that has been in place since 1957.

In addition, the deal will see Molson Export Ale restored back to the position of the Official Beer of the Montreal Canadiens, a role it had held for 58 of the previous 63 years of the partnership.

As described in the press release announcing the extension:

Within the partnership, Molson maintains the exclusive rights to use team marks, logos and trademarks in advertising and promotion at retail, bar and restaurant establishments, while both entities will collaborate to introduce new consumer experiences, fan activations, and offers. In-arena, Molson will reintroduce the Molson Ex Zone – the fan experience destination at the Bell Centre.