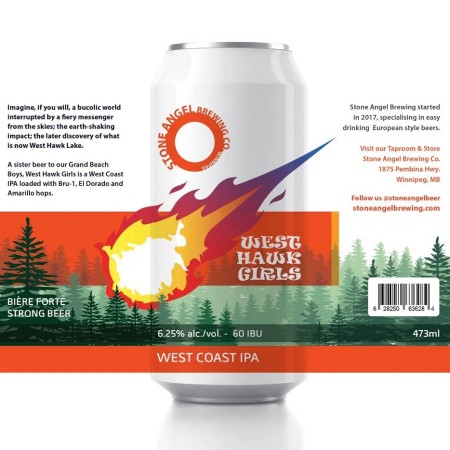 Imagine, if you will, a bucolic world interrupted by a fiery messenger from the skies; the earth-shaking impact; the later discovery of what is now West Hawk Lake. A sister beer to our Grand Beach Boys, West Hawk Girls is a West Coast IPA loaded with Bru-1, El Dorado and Amarillo hops.