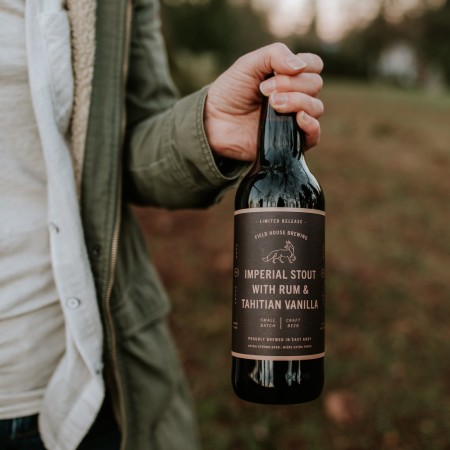 Extremely dark and nearly eleven percent, we pushed the limits of our brewhouse to create this intense beer. Boiling for hours to concentrate the flavours and sugars, this Imperial Stout also features Tahitian Vanilla beans extracted in house using barrel-aged rum, which provides sweetness and balance to the bitter roasted malt character.

Imperial Stout with Rum & Tahitian Vanilla will be released on Thursday December 10th at the Field House taproom and retail store, and can be pre-ordered now via the brewery’s online shop.