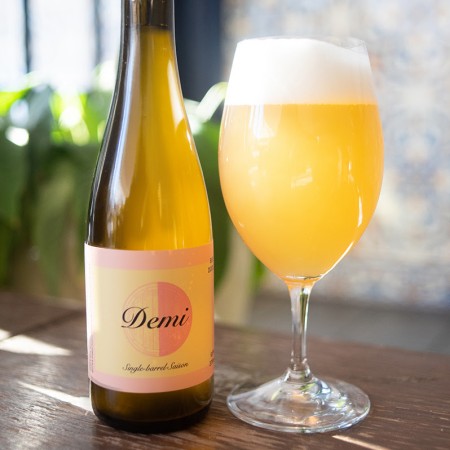 TORONTO, ON – Burdock Brewery has announced the release of the latest beer from its barrel-aged cellar beer program.

Demi is a cool expression of our house mixed-culture and some Riesling lees from 2017 (remember 2017?). It was aged in barrel for one year and in bottle for one year. This sour barrel-aged beer is surprisingly drinkable for an 8.6% beer (we were into that kind of stuff way back in 2017). Demi has got loads of acid, a pinch of oak, and a pretty nose that is a great expression of an aged mixed-fermentation saison. If you’re a fan of sour wine barrel-aged beer you’re going to be into Demi.

Demi is available now at the Burdock retail shop and online store.