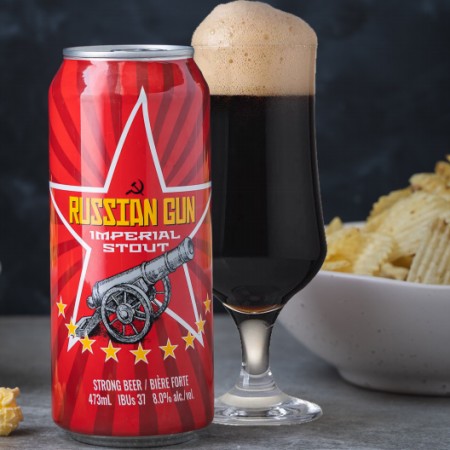 VAUGHAN, ON – Grand River Brewing, a division of Magnotta Wine, Beer & Spirits, has announced the return of a seasonal favourite from the brewery’s past.

Despite its imposing name, our Russian Gun is an approachable Imperial Stout with a smooth, creamy mouthfeel and notes of coffee and dark chocolate. And it’s a beer with a storied history. During the Crimean War, Galt (where our beer orginated) provided wheat to the British army. Later in 1864, the British presented the town of Galt with a cannon, seized from the Russians, as a war trophy. It’s known locally as the Russian Gun and still sits in Queen’s Square.

Russian Gun is available now at the Magnotta retail store and online shop, and at select LCBO and Beer Store locations.