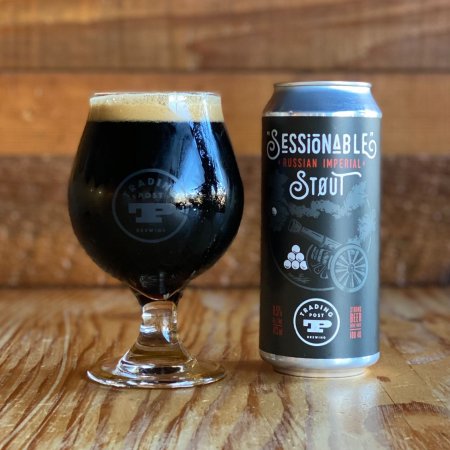 ABBOTSFORD, BC – Trading Post Brewing has announced the return of a winter seasonal with a slightly oxymoronic name.

This “sessionable” Russian Imperial Stout produces big flavours while offering a low abv for the style. The aroma of brown sugar and dried fruit combined with bourbon and oak create levels of complexity that delight the senses⁣.

“Sessionable” Russian Imperial Stout is available now on tap all all three Trading Post locations, in cans and growlers at the Abbotsford Eatery and Langley Tasting Room, and via the brewery’s online store.