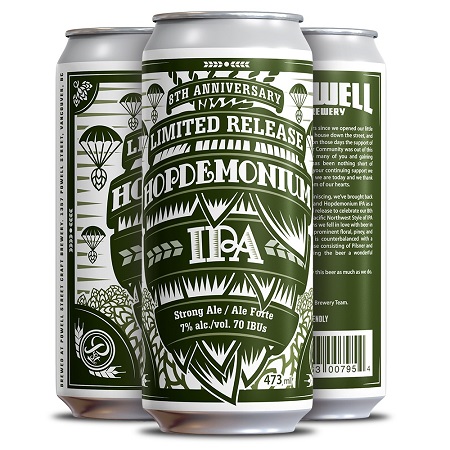 VANCOUVER, BC – Powell Brewery has announced details of a double release day to mark its 8th anniversary.

Hopdemonium IPA (7% abv) is one of the brewery’s earliest core brands which was retired several years ago, but is returning for a limited time. It’s described as follows:

This Pacific Northwest Style IPA is one of the reasons we fell in love with beer in the first place. The prominent floral, piney, and citrus hop profile is counterbalanced with a significant malt base consisting of Pilsner and Crystal malts, giving the beer a wonderful golden hue. 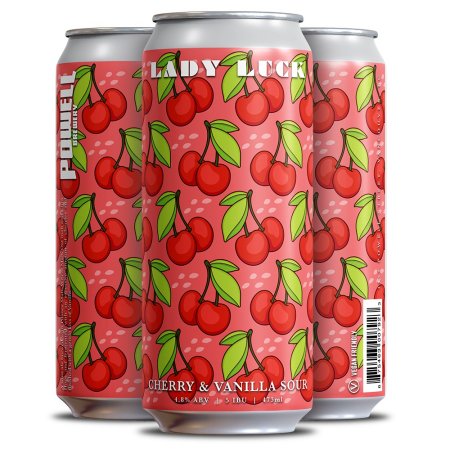 It’s being joined by Lady Luck Cherry & Vanilla Sour (4.8% abv), which has the following notes:

A sour ale brewed with Pilsner, Wheat, and Oat malt with Citra Hops and fermented with an excessive amount of cherries, finished with a gentle kiss of Vanilla.

Both beers will be released tomorrow (December 11th) at 12:00 noon in the Powell Brewery taproom, retail store, and online shop.