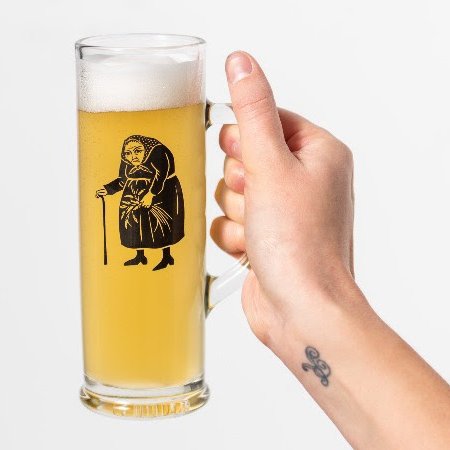 VANCOUVER, BC – Strange Fellows Brewing has announced the return of a classic German-style Pilsner.

Its name has the following backstory:

Crossing paths with a crone is believed unlucky by some. Stooped and toothless, she’s a frightful specter of mortality. Those who can meet her gaze and see wisdom there have nothing to fear, but beware to those who scorn or overlook her. As Mother of Creation, she can wield her power in wicked ways, by nightmare, illness or a failed harvest. So next time you happen upon an old woman, pour her a glass of this bright and refreshing beer, look her in the eye, and toast to her good health.

Beldame will be available next Monday December 14th at the Strange Fellows retail store and via home delivery.