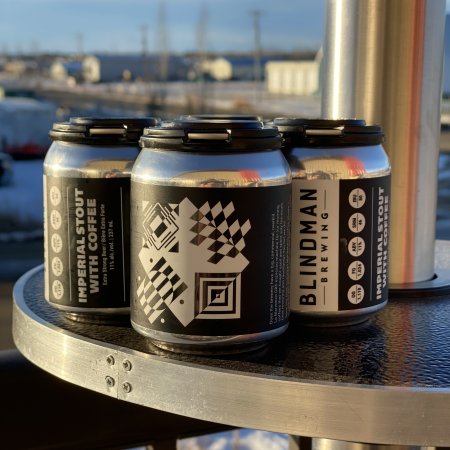 LACOMBE, AB – Blindman Brewing has announced the release of “two winter warming beers to soothe the soul this season.”

Our annual bourbon barrel-aged stout release is back just in time to close out 2020. This is the fifth year we have released this beauty, each year using fresh bourbon barrels from a different distillery – Basil Hayden the choice this year. The beer sat in the barrels for 163 days, imparting a spicy but sweet bourbon taste

Imperial Stout with Coffee (11% abv) is a flavoured version of Blindman’s Ichorous Imperial Stout, and has the following notes:

Our friend Ryan of Birdie Coffee Co in Red Deer specially roasted these beans for us – described by Ryan as “an Organic Indonesian Sumatra Mandehling grade 1; Region – Gayo of Western Aceh; Produced by a women’s led co-op in the Aceh Region; I’m going to roast this to a med/dark roast to give it notes of cacao, pipe tobacco, that’s clean with a long finish” – and we put the beer in the smallest cans we could find. 237mL/8oz cans to be precise. Making this the cutest 4-pack to hit the shelves this year. Don’t rest on the cuteness though, as it still weighs in at 11% with a strong coffee kick.

Both beers are available now at the Blindman retail store and online shop, and soon at select beer retailers throughout Alberta.