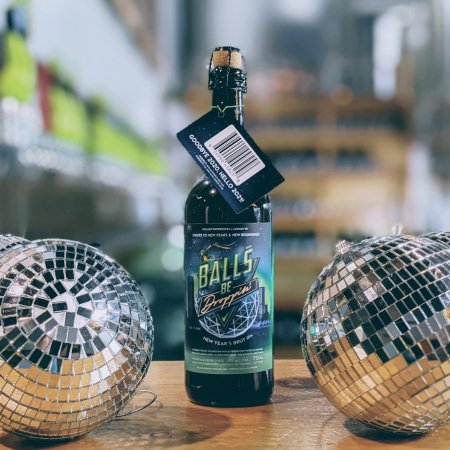 LANGLEY, BC – Dead Frog Brewery has announced the return of a beer intended to replace champagne at your New Year’s Eve celebrations.

Balls Be Droppin’ Brut IPA (7% abv) is described as follows:

Our Balls Be Droppin’ New Year’s Brut IPA is back and is bottle conditioned in cork & cage bottles this year! That means you can pop a bottle and ring in the new year with a quality craft brew. Balls Be Droppin’ is a bubbly bright golden IPA with effervescent notes of mango and white grape hops, a crisp malt base, and an extra dry finish.

Balls Be Droppin’ is available now at the Dead Frog retail shop and select liquor stores in British Columbia while supplies last.