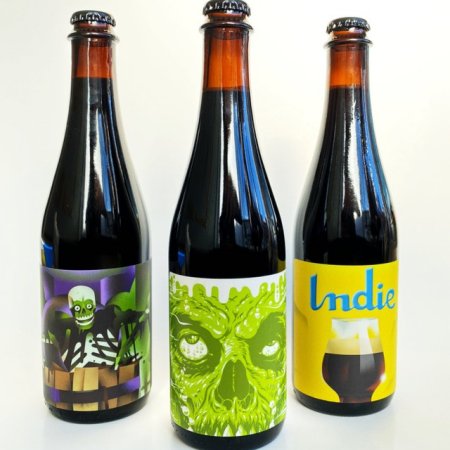 TORONTO, ON – Indie Alehouse has announced the release of three strong stouts, including the original and barrel-aged versions of an annual favourite, and a new pastry stout.

Zombie Apocalypse (10% abv) is back for another year, and is described as “rich & roasty with a strong bitter malty backbone.”

It’s joined by Barrel-Aged Zombie Apocalypse (10% abv), which was aged in a bourbon barrel with chocolate and hazelnut, resulting in a beer that is “rich and decadent and so smooth it’s little bit dangerous.”

Rounding out the trio is All Night (11.5% abv), a Imperial-strength pastry stout brewed with 100 Colomba cakes from Eataly Toronto. It’s described as “our highest starting sugared content for any beer we’ve ever made, which means a boozy, chocolatey treat with hints of orange and almond for you.”

All three beers are available now at the Indie Alehouse retail store and online shop.