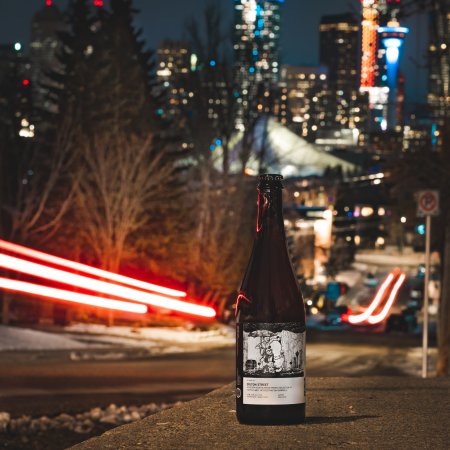 CALGARY, AB – The Establishment Brewing Company has announced the release of this year’s vintage of “a golden sour blended from a selection of particularly interesting oak barrels.”

Every year, we bottle and release an Erlton Street, named in honour of the OG Establishment (a subterranean domestic brewery cranking out super awesome beer to be enjoyed by a select few). And every year it’s a horse of a different colour, because we’re blending the already mixed cultures of our barrels, which like us, are evolving all the time. In this way, as we remember our humble roots, we showcase and elevate the fruits of our more recent labours.

The result of this year’s ensemble cast boasts a supporting chorus of notes more typically in the neighbourhood of white wines. You can expect some of Reisling’s tart fruit mark, and Viogner’s stone fruit finery. And, better still — you can expect to enjoy it. So raise a glass of this as you think fondly on the past, furiously on the present, and favourably to the future. Talk about a flood of emotion.

Erlton Street is available now at the Establishment retail store and online shop.