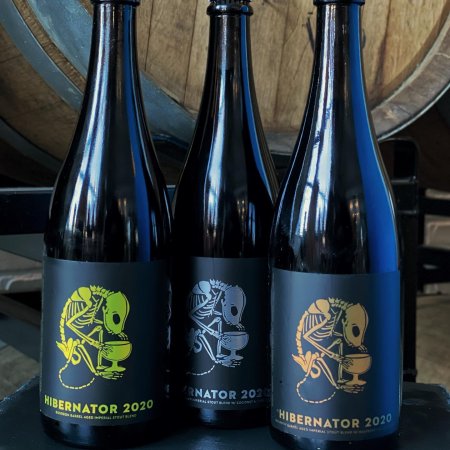 TORONTO, ON – Bandit Brewery has announced the release of the 5th annual vintage of its annual holiday beer, which is available this year in three variants.

Hibernator 2020 (10% abv) is being offered in its original Bourbon Barrel-Aged Imperial Stout Blend form, as well as versions flavoured with Coconut & Chocolate and Raspberry & Chocolate.

All three versions of Hibernator 2020 are available now individually and in a gift pack in the Bandit retail store and online shop.