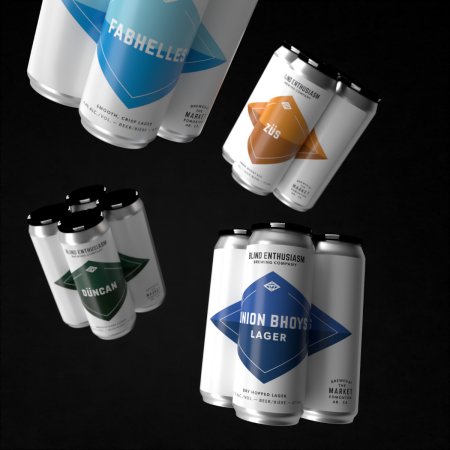 EDMONTON, AB – Blind Enthusiasm Brewing has announced the release in cans of four of its beers, including an ale that was previously draught-only, two lagers that have shifted over from bottles, and a brand new dark lager.

Brewed in honour of one of our assistant brewers, this smooth dark lager has chocolate wafer, cola, and dark cherry notes both in the aroma and flavour. It has low bitterness and finishes very clean and dry. It deftly walks the line between satisfying sipper, and crushable lager.

All four beers are available now at the Blind Enthusiasm retail store and online shop.