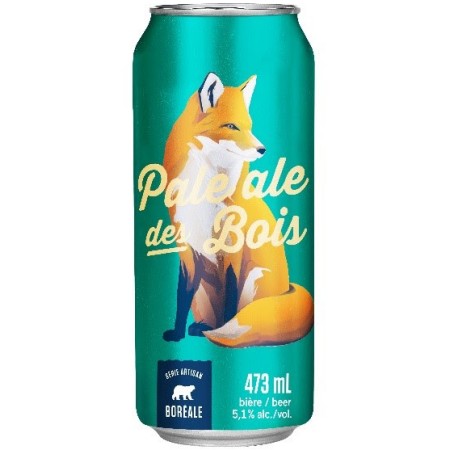 BLAINVILLE, QC – Les Brasseurs du Nord – best known for its Boréale brand line-up – has announced that one of its beers is available at LCBO stores in Ontario for the first time, via a distribution partnership with Beau’s Brewing.

This beer was developed by Gabriel Dulong, master brewer at Les Brasseurs du Nord. Key characteristics of this hoppy Pale Ale are its mellow bitterness and distinctive grapefruit accents imparted by the Cascade hops. “I’ve always been a big fan of Cascade, and brewing a Pale Ale was the perfect opportunity to showcase its full potential,” says Dulong. “I’m also very pleased with the malt selection on this recipe, it provides a perfect canvas for the hops to shine through, yet making this beer light and refreshing.”

Pale Ale des Bois is available now in 473 ml cans at more than 100 LCBO locations, with additional Boréale beers planned to join it in Ontario in the future.