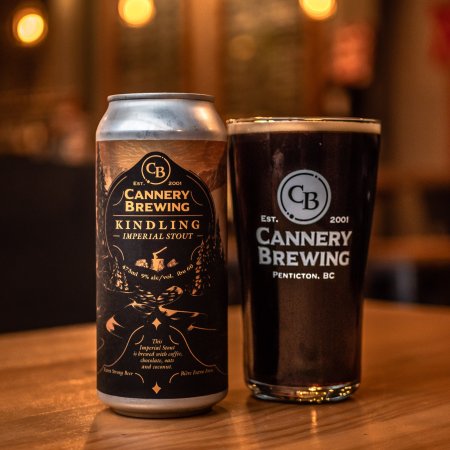 PENTICTON, BC – Cannery Brewing has announced the return of a seasonal ale that was first released last year – although it has a longer history than that.

We brewed the Kindling Imperial Stout with chocolate, oats, coconut and coffee beans from Naramata’s Homestead Roastery. We love brewing this limited release beer because of its complexity. With big beers, it’s possible to layer multiple flavours without overcomplicating them. Plus, we get to tweak this beer and change it up every year because it is a seasonal offering. It’s exciting to be able to introduce a brand new full-bodied stout annually for the holidays.

Kindling is available now at the Cannery taproom and online shop, and at select liquor stores throughout British Columbia and Alberta.