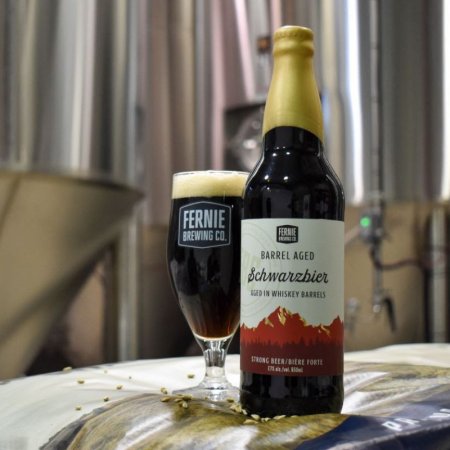 FERNIE, BC – Fernie Brewing has announced the release of the latest limited edition beer from its barrel-aging program.

Barrel-Aged Schwarzbier (7.7% abv) was aged for five months in Colorado Whiskey barrels, and is described as follows:

Dark in colour and brewed with six speciality malts, this is the second time that we have brewed a Barrel Aged Lager. You can expect a smooth, clean, fermentation character with little touches of whiskey, oak, chocolate and micro-oxidisation.

Barrel-Aged Schwarzbier is available now at the Fernie Brewing retail store and online shop, and is being distributed to select beer retailers in British Columbia and Alberta in very limited quantities.