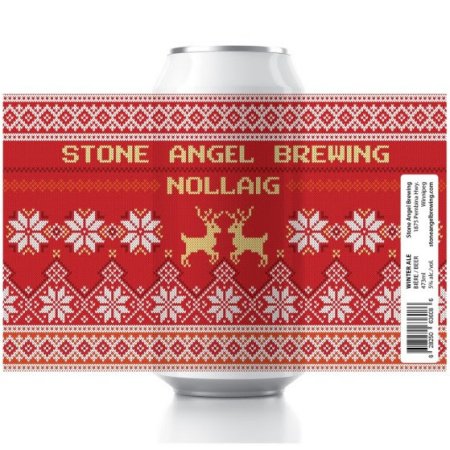 WINNIPEG, MB – Stone Angel Brewing has announced the release of its last two beers before the holidays.

Nollaig (5% abv) is a returning seasonal ale, described as follows:

A winter ale with warming spices of cinnamon, cardamom, and ginger, and with notes of chocolate, it’s Christmas in a glass, or technically a can and then a glass. Drinking straight from a can makes brewers cry. Don’t make brewers cry, they just want you to be happy.

Kettle Sour (4.5% abv) is a self-explanatorily named beer with the following notes:

We’ve made a Kettle Sour with our good cheese-making buddies at Loaf+Honey. We interrupted the brew of this kettle sour for 48 hours to add cheese culture allowing souring to occur naturally. So no added lactic acid, and it doesn’t need pointing out that it’s not Vegan. But maybe we will.

Both beers are available now at the Stone Angel retail store and online shop.