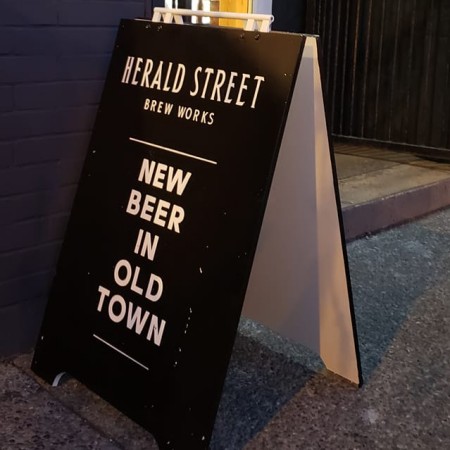 VICTORIA, BC – New Westminster’s Steel & Oak Brewing and Victoria restaurant and bar The Drake Eatery have announced the opening of a co-owned brewery and taproom in downtown Victoria.

Herald Street Brew Works has been founded by Mike and Lee Spence of The Drake, Jorden Foss and Jamie Garbutt of Steel & Oak, and Ryan Bangma. Brewing is being overseen by head brewer Jean-Benoît, previously of Ottawa’s Beyond the Pale Brewing.

Herald Street Brew Works is located at 506 Herald Street in Victoria, and is open Monday to Thursday from 3:00 PM to 10:00 PM, and Friday to Sunday from 12:00 noon to 10:00 PM. For more details, see the brewery’s website and Facebook page.