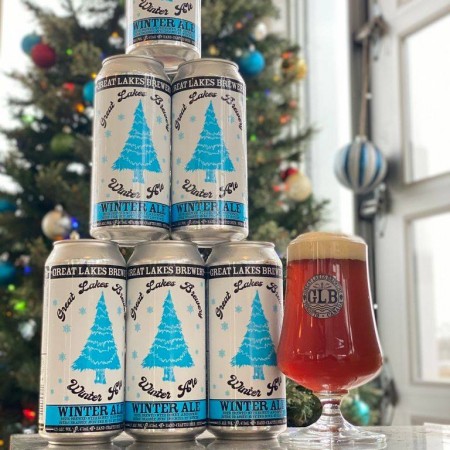 TORONTO, ON – Great Lakes Brewery has announced that a fan-favourite seasonal beer is back for another year, but in a very limited quantity.

Winter Ale (6.2% abv) has been the brewery’s traditional wide-release winter seasonal for many years, but was replaced at LCBO stores this year by Hanlan’s Point Coconut Coffee Porter. However, due to popular demand, a small batch was brewed for a brewery-only release.

Inspired by the long, cold and seemingly endless Canadian winter, our Winter Ale is a true winter warmer. Handcrafted with specialty hops and malts, combined with generous amounts of cinnamon, honey, ginger and orange peel, this unique beer is brimming with flavour.

Winter Ale is available now at the Great Lakes Brewery online shop, and will go on sale at the brewery retail store today (December 22nd) at 11:00 AM.