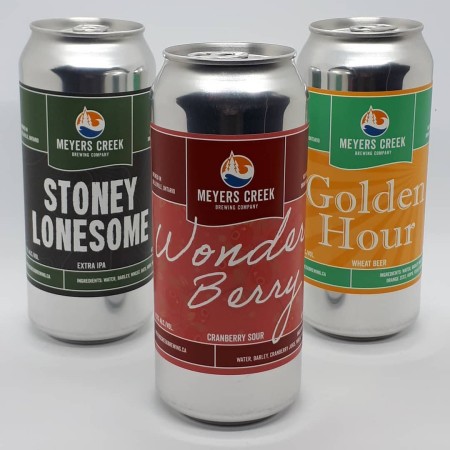 BELLEVILLE, ON – Just over a year after the debut of a contract-brewed version of its inaugural beer, Meyers Creek Brewing has announced the launch of retail sales for its first three self-brewed brands.

Stoney Lonesome Extra IPA (7.2% abv), Golden Hour Wheat (5% abv), and Wonder Berry Cranberry Sour (4.5% abv) can all be ordered online for curbside pick-up at the brewery, which is located at 60 Dundas St. E. in Belleville.

Orders can currently be picked up from the rear entrance of the building during select times on Mondays, Thursdays, Saturdays and Sundays.

Construction of the taproom and retail store at the front of the building was put on hold when COVID-19 hit, and will proceed at a later date.