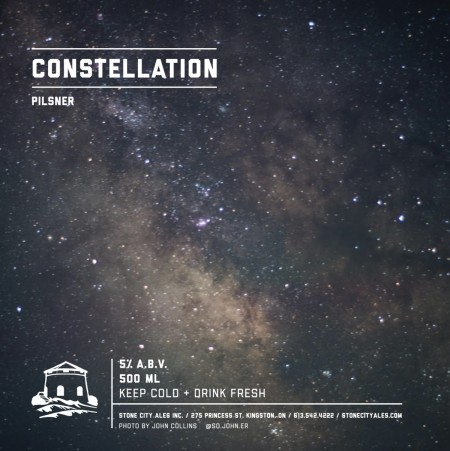 KINGSTON, ON – Stone City Ales has announced details of the first lager to be added to its line-up of mainstay brands.

Constellation has a medium body, deep golden colour and light mouthfeel. A light malt backbone from the pilsner malt followed by the flowery and herbal notes from the hops gives it a satisfying, refreshing taste. It finishes clean, crisp and mellow.

Constellation Pilsner can be pre-ordered now via the Stone City online store for deliveries starting this weekend.