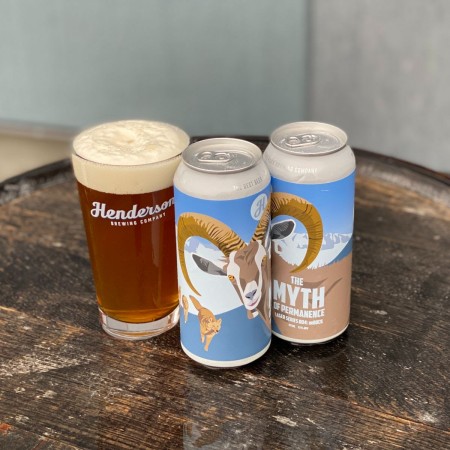 The Myth of Permanence 004: urBock (7.5% abv) was developed in partnership with Q&B Pie Co., and is described as follows:

This lager is a classic German urBock, copper in colour with aroma of bread, raisins, and dates. The 7.5% ABV is balanced by malt, toffee, and mild hoppy notes – perfect for a chilly January evening.

urBock is available now at the Henderson Brewing retail store and online shop, with both outlets also selling an exclusive Bratwurst & Braised Onion Pie from Q&B that was made using the beer.