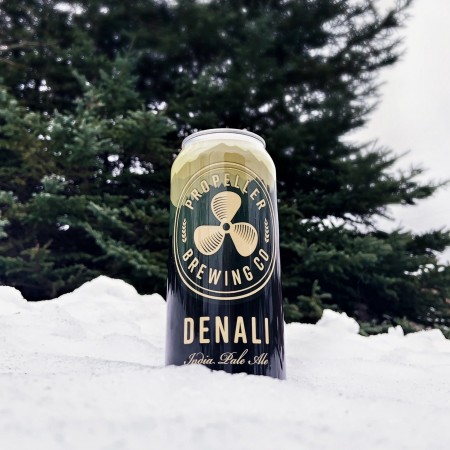 Named after the tallest mountain in North America, Denali hops ascend to peak flavours and aromas of crushed pineapple and lemon citrus, with the perfect kick of pine. Distinctly hazy with a silky smooth mouthfeel to make this one easy-drinking IPA.

This Winter’s version is big. Very big, with intense tropical fruit flavours and delicious dankness. Hazy, boozy, and exploding with hops. Immense body and richness from a malt bill loaded with oats and wheat malt and an out of this world ABV. Aggressive bitterness, mellowed with a lactose finish, an immense dry hop of Citra, Strata and Galaxy, which will blast your taste buds into space.