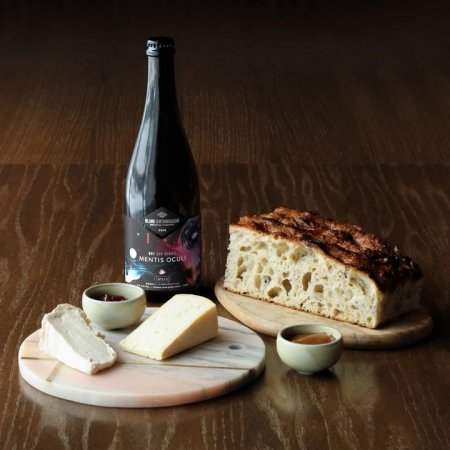 This blend of one and a half year mixed-ferment barrels is a collision of two worlds. Old World Tettnang and New World Simcoe, two wildly different hops, blend delightfully to dry hop this beer. The result is honey floral, ripe papaya, and light menthol hop character balanced by a full, round texture and medium-light acidity.

For it’s initial release, Mentis Oculi is available exclusively in this week’s edition the food and beer pairing Biera Box, which can be pre-ordered now for pick-up or delivery on January 15th and 16th. General release for the beer will follow later this month.