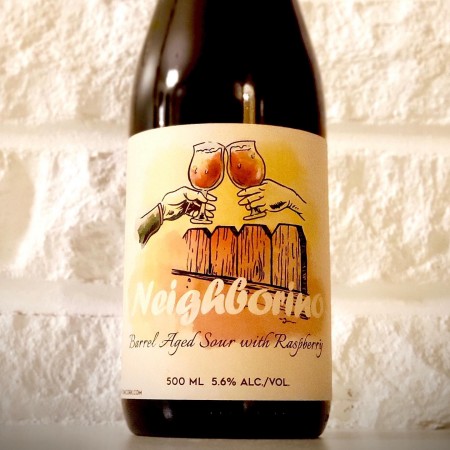 HANWELL, NB – Niche Brewing has announced the release of a limited edition beer inspired by a classic Belgian beer style, with a nod to an equally classic cartoon character.

We’ve always been a big fan of the Flanders Red style, a dark sour beer originating in Belgium, so it gives us great pleasure to release our latest beer, inspired by the very same! Neighborino was fermented in a single Cabernet Sauvignon barrel with our house sour culture of Sacch and Brett yeasts and Lacto and Pedio bacteria, and allowed to age for over a year. It was then moved to stainless for a secondary fermentation on raspberry purée. The final beer is fruity and quite tart, with a really nice red wine-like complexity. Should cellar wonderfully, for those of you into that sort of thing… especially you dry-January-ers!

Neighborino will be available at select ANBL stores and brewery bottle shops – including Picaroons, Maybee, and CAVOK – while supplies last.