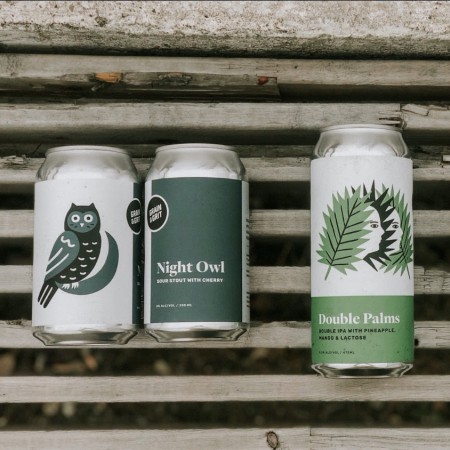 HAMILTON, ON – Grain & Grit Beer Co. has released details of two new beers coming out this week, alongside the previously announced return of Survival Mode Stout.

Night Owl (6% abv) is a sour stout with cherry that features “major cherry and dark chocolate vibes, with notes of lemon and cinnamon.”

Double Palms (9.5% abv) is a double version of In The Palms IPA that’s brewed with lactose, pineapple and mango, resulting in a beer that’s “super juicy, and drinks like a tropical fruit cocktail.”

Both beers are available now in the Grain & Grit online store and retail shop.