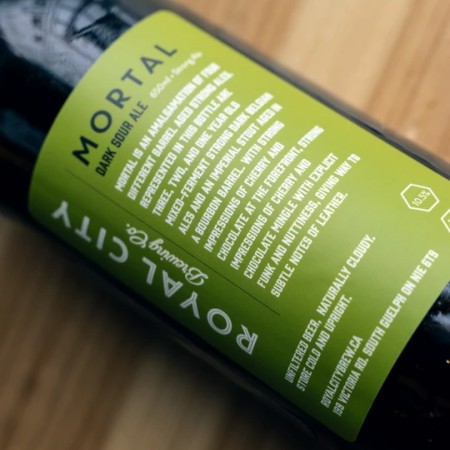 GUELPH, ON – Royal City Brewing has announced the newest release in its Noble Series of limited edition barrel-aged and blended beers.

Mortal is an amalgamation of four different barrel aged strong ales. Represented in this bottle are three, two and one year old mixed-fermented strong, dark Belgian ales and an Imperial Stout aged in a bourbon barrel. With strong impressions of cherry and chocolate at the forefront, they mingle with explicit funk and nuttiness, giving way to subtle notes of leather.

Mortal is available now in the Royal City retail store and online shop while supplies last.