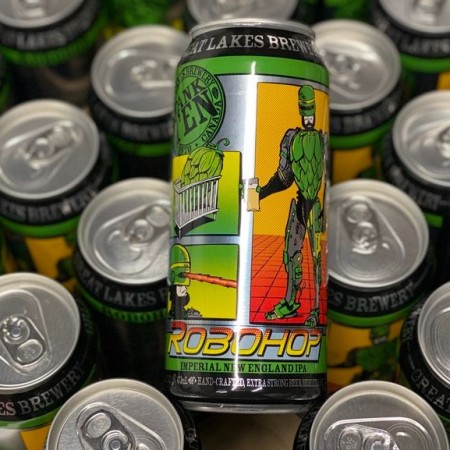 TORONTO, ON – Great Lakes Brewery has announced the return of one of its longest running and most popular hop-forward seasonal beers.

RoboHop is not a beer to trifle with. Tropical fruits abound from the glass, which consist of passion fruit, guava, lemon with notes of white grape and evergreen mingling together. The full-bodied Imperial IPA is very gentle on the palate, making it one sneaky bugger. Many of the aromas come through in the taste, resulting in a very pleasant juicy finish that’s slightly dry.

RoboHop is available now at the Great Lakes retail shop and online store, and also at select LCBO locations throughout Ontario.