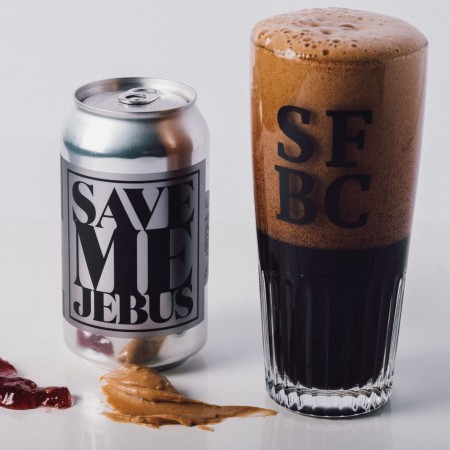 KITCHENER, ON – Short Finger Brewing has announced the release of a beer that proved to be a bit difficult to brew.

Save Me Jebus Peanut Butter & Jam Imperial Stout (9% abv) is described as follows:

This Imperial Stout delivered everything we hate in the brewhouse. Extended boil times, double mashes, exploding fermenters and, to top it all off, someone Evil added peanut butter and cherry & raspberry jam to secondary. There is no God.

Save Me Jebus is available now in the Short Finger retail store and online shop.