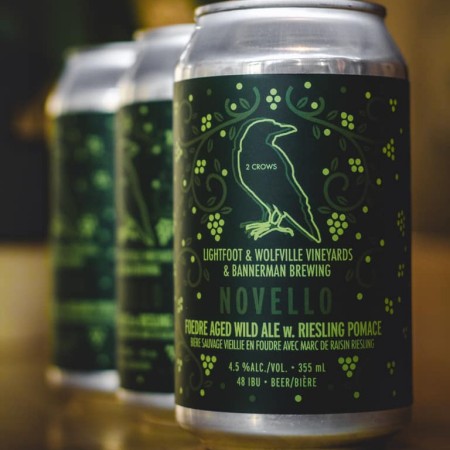 HALIFAX, NS – 2 Crows Brewing has announced the latest two in a series of beers brewing released throughout January to mark the brewery’s 4th anniversary.

Novello (4.5% abv) is a foedre-aged wild ale with Riesling pomace developed in collaboration with Lightfoot & Wolfville Vineyards and Bannerman Brewing, and described as follows:

Brewed last summer with Pilsner and Rye floor malt from PEI’s Island Malt House, and hopped assertively with Sterling. Fermented in foedre with a collection of house yeast cultures, and conditioned for 5 months. In late October we macerated Riesling pomace briefly in water to create a light piquette that has been used in another beer (details on that one in a few months…) then transferred the bulk of the remaining pomace directly to foedre where it conditioned for a month before being canned and can-conditioned. The resulting beer is lively and fresh with soft Riesling aromatics, a touch of acidity, and snappy funk. 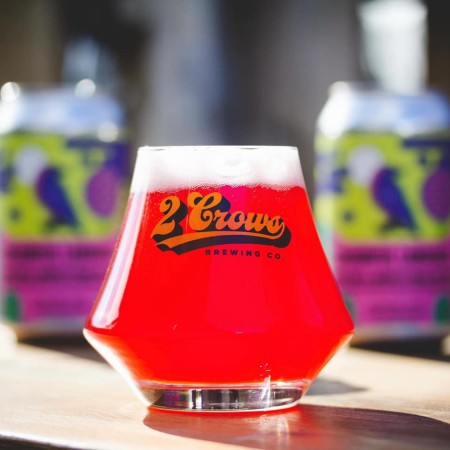 Colourful Language (5.6% abv) is a foedre sour with Marquette pomace and plum, and has the following notes:

Brewed in June 2020 with a base of Shore Line Malting Pilsner, wheat malt, and unmalted wheat. Hopped lightly with Sterling and aged noble hops, and fermented and aged in oak with a variety of saccharomyces, brettanomyces, and lactobacillus cultures. In October, we transferred about 400kg of fresh Marquette pomace directly to foedre, along with about 300lbs of plum, and let the fruit sugars ferment out for about 6 weeks before canning and can conditioning. The resulting beer is one of the more playful and peppy beers we’ve made, and we are super excited about its release.

Both beers are available now the 2 Crows retail shop and online store.