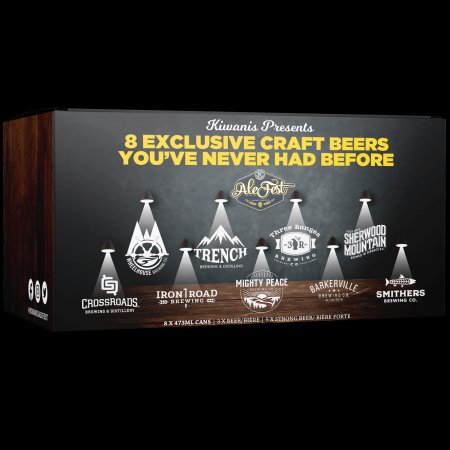 PRINCE GEORGE, BC – With the 2021 edition of Kiwanis AleFest being cancelled due to COVID-19 restrictions, the organizers have announced details of a special release to bring a taste of the festival to people at home.

The pack will be available by Friday January 29th at select beer retailers in Northern and Interior BC. All proceeds will be donated to Ronald McDonald House BC & Yukon and other charities supporting children and families in the North.

A preview of the package will be presented as part of the BC Ale Trail‘s Virtual Hoppy Hour on Instagram on Thursday January 28th at 6:00 PM PST, and the same channel will host a virtual tasting of the beers on Friday January 29th at 7:00 PM.