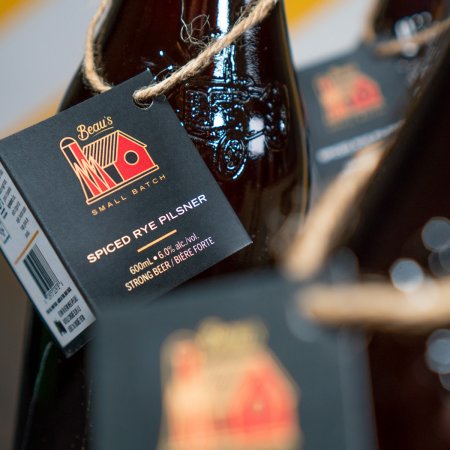 This golden rye pilsner is full bodied and crisp, with aromas of spice and stone fruit. Warm peppery notes from the rye and grains of paradise accent the mild malt and fruity barbe rouge hop flavours.