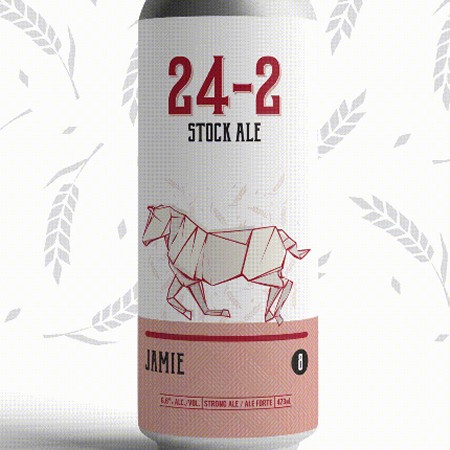 The quick story on this award-winning beer starts with 24-2 Draft Horses, who grow and harvest the malt-grade barley all by old-school horse-powered equipment. The barley is taken to Red Shed to be custom malted specifically for this beer – which is a strong English style with complex but delicate malt flavour. And because of 2020, “the year of the pivot” (it feels like I just cursed there) the future malt growing near Joffre was destroyed by hail. The harsh realities of farming on the prairies. Luckily we had taken out an insurance policy – that is we had just enough of the malted good stuff from the previous year to brew 24-2 again. Alas, here we are!

24-2 Stock Ale is available now at beer retailers throughout Alberta in four-packs of 473 ml cans, with the cans packaged in a series of 12 different label paying tribute to the 24-2 horses.