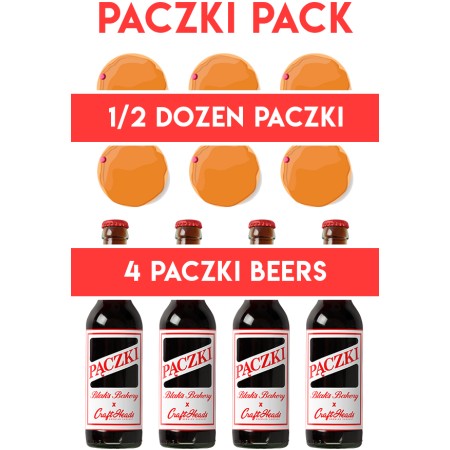 WINDSOR, ON – Craft Heads Brewing has announced details of a collaboration with a local family-owned bakery that has been in operation for more than a century.

Blak’s Bakery was opened in 1918, and is famous for its Pączki, a Polish-style filled donut traditionally enjoyed on Shrove Tuesday, with Blak’s selling up to 35,000 of them on that day each year.

For this year’s Pączki Day celebration, Craft Heads has brewed a beer with Blak’s pączki in the mash, and will be aging it on various pączki fillings.

The results will be released next month in a Pączki Pack that will include four assorted Pączki beers and a 1/2 dozen pączki from Blak’s with your choice of filling. Extra pączki can also be added to the order for an additional cost.