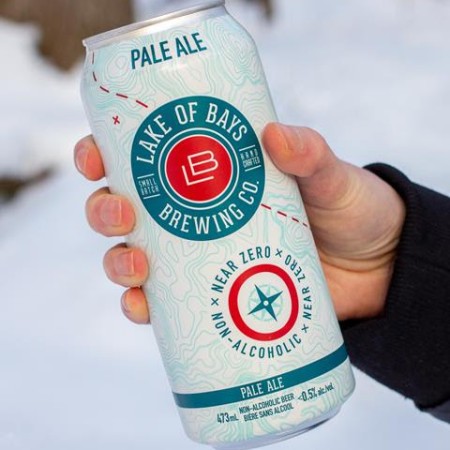 BAYSVILLE, ON – Lake of Bays Brewing has announced the release “a classic pale ale with all of the flavour but none of the alcohol.”

This non-alcoholic pale ale has citrus notes of mild lemon and grapefruit flavours. Crisp and refreshing, Near Zero finishes fairly clean with notes of bread crust, grapefruit, and citrus rind.

Near Zero is available now at all three Lake of Bays locations, as well as the brewery’s online store.