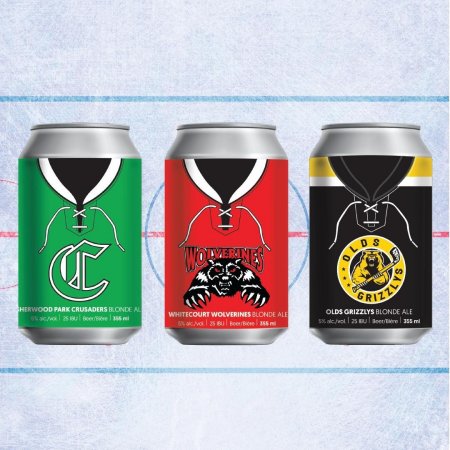 EDMONTON, AB – Alley Kat Brewing has announced the launch of a new beer in partnership with teams in the Alberta Junior Hockey League (AJHL).

The “easy drinking” Blonde Ale (5% abv) that “pairs perfectly with a good ol’ hockey game” is being released in three different cans representing the Sherwood Park Crusaders, Olds Grizzlys, and Whitecourt Wolverines. $1 from each 6-pack will be donated to the teams to help fund expenses including equipment, travel, and meals.

The new beer will be officially launched tomorrow (January 22nd), and will be available at the Alley Kat retail store, and select local beer retailers and restaurants.