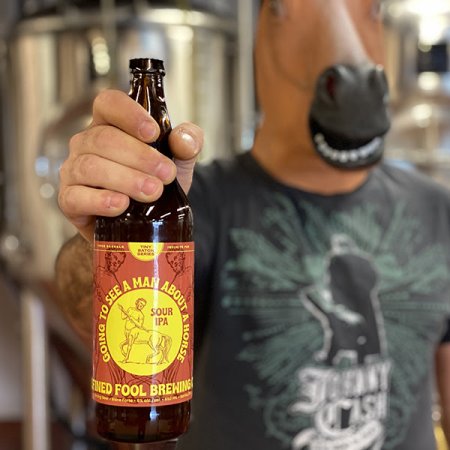 SARNIA, ON – Refined Fool Brewing has announced the latest release in its Tiny Batch Series of limited run beers.

Going to See a Man About a Horse Sour IPA (6% abv) is described as follows:

We blended the best characteristics of a sour, an East Coast IPA, horse idioms, and centaurs into one uniquely refreshing beer that is sure to delight a very particular and important demographic. This hazy gem features prominent tropical fruit, stonefruit, and tart red apple flavours accompanied by a distinct lactic acid twang. Now that’s marketing!

Going to See a Man About a Horse is available now at both Refined Fool locations, and the brewery’s online store.