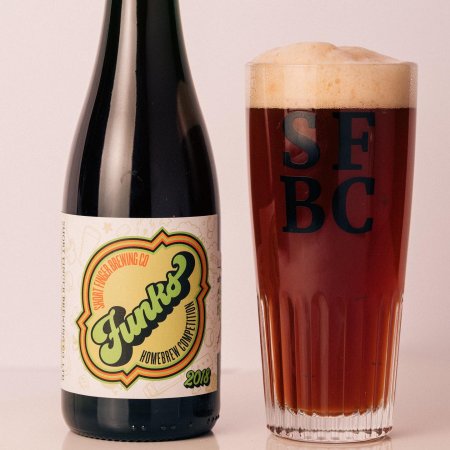 KITCHENER, ON – Short Finger Brewing has announced the release of the winning beer from the 2018 edition of its annual homebrewing competition, and has also provided an explanation for why it took so long for it to be released.

If you are not a homebrewer, you may not know what Funks is. Here’s the rundown: we run an annual homebrew competition at SFBC that focuses on sour, funky, and alternative fermentation beers. Most competitions shy away from these styles because they are hard to reproduce and are time & labour intensive. The winner of our first Funks competition and the mastermind behind this beer was Chris Potts, who is based out of the Ottawa region.

Funks 2018 is the first Flanders Red that we have done here at SFBC. It was aged for 18 months in oak barrels and has been conditioning in-bottle for over 3 months. This is a very expressive beer with high carbonation. The nose is oak and cherry notes, which follow through from the aroma nicely into the main notes tasted in the beer. The sour is present and lively, expressing tart cherries with a light acetic character. Hints of brown sugar and white bread crust add the backbone to this complex and lovely barrel-aged sour.

Funks 2018 is available now in the Short Finger retail store and online shop.