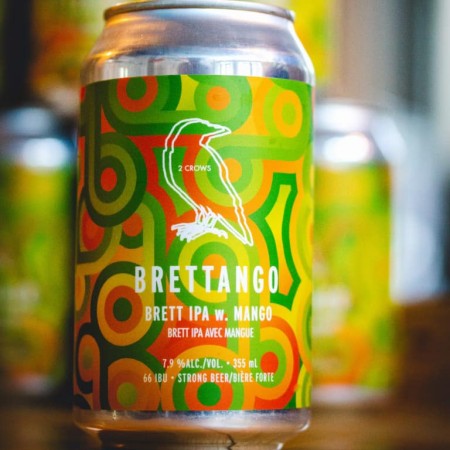 HALIFAX, NS – 2 Crows Brewing has announced the release of the latest two in a series of beers coming out during January to mark the brewery’s 4th anniversary.

Brettango Brett IPA with Mango (7.9% abv) is a returning annual release, with the 2021 batch described as follows:

This year we upped the dry hopping, tweaked the water chemistry, and added a small amount of orange zest to boost the juiciness. A whopping 420lbs of mango went into this beer, working out to about 250g fruit per litre of beer. Dry hopped assertively with Citra and Mandarina Bavaria, this is one intense little fella. Tropical AF, big citrus, mango, and papaya notes with a nice little pineapple funk from the blend of brett yeasts we used. 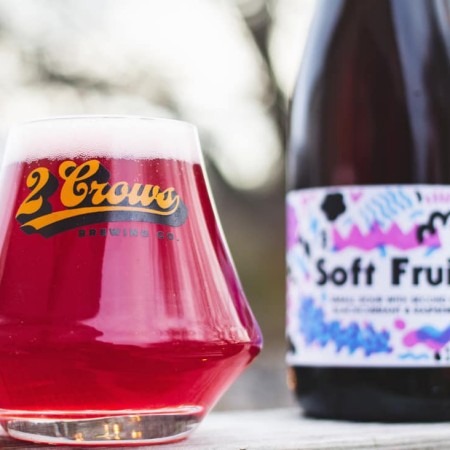 Soft Fruits Small Sour with Blackcurrant & Raspberry (3.8% abv) is a lager that has been conditioned for 7 months on second use fruit that was originally used in the brewing of the brewery’s Zap and Zop raspberry and blackcurrant Berliners:

The result is a very unique, very smooth and very playful beer. Surprisingly clean and bright, with a subdued fruit character and incredibly soft acidity – it isn’t puckering at all. Vibrant and spritzy, with some highly quaffable fruit texture and a quick finish.

Both beers are available now the 2 Crows retail shop and online store.