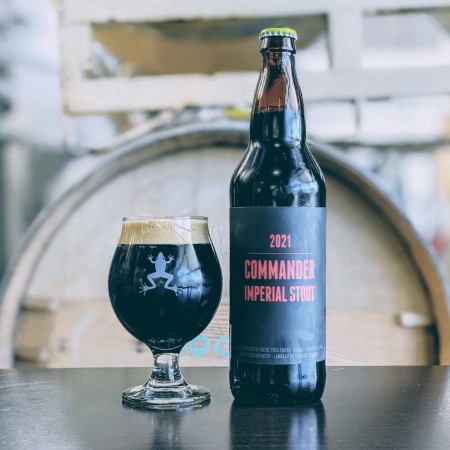 LANGLEY, BC – Dead Frog Brewery has announced the release of the latest vintage of an annual winter favourite.

Commander Imperial Stout (10.5% abv) is barrel-aged for 50 days before bottling, and is described as “a dark roasted stout featuring a deep, layered malt profile with flavours of whiskey soaked toasted oak.”

The 2021 edition of Commander Imperial Stout is available now at the Dead Frog retail shop and online store, and at select liquor stores in British Columbia while supplies last.