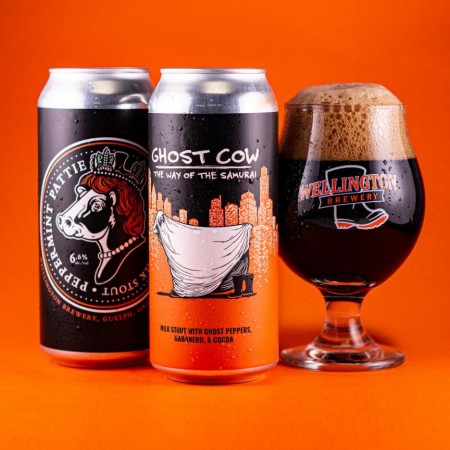 GUELPH, ON – Wellington Brewery has announced the release of two limited edition flavoured variants of its popular Chocolate Milk Stout.

A robust milk stout with loads of cocoa flavour and a spicy pepper blend including scotch bonnet, habanero, and ghost peppers. You’ll be haunted by the lingering spicy pepper notes and the rich chocolate flavour of Ghost Cow.

Some things are just mint to be. Like the rich cocoa flavours and cool peppermint of this decadent chocolate milk stout. It’s a peppermint pattie in a glass that you’ll be savouring until the cows come home!

Both beers are available now at the Wellington Brewery retail store and online shop.