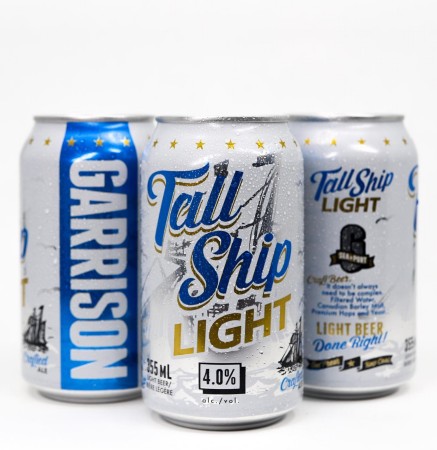 HALIFAX, NS – Garrison Brewing has announced the release of new beer that it promises is a “light beer, done right!”

Tall Ship Light is the first ever offshoot of popular flagship brand Tall Ship East Coast Ale. Both beers are refreshing and accessible, but at 4%, Tall Ship Light is now even more session-able. “In approaching this beer, we wanted to apply all the same principles of craft brewing – small batch and traditional method production without the adjuncts or cheap additives like rice and corn” said Daniel Girard, Brewmaster at Garrison Brewing. “The result is a clean, crisp and light ale hand-crafted from grain to glass!”