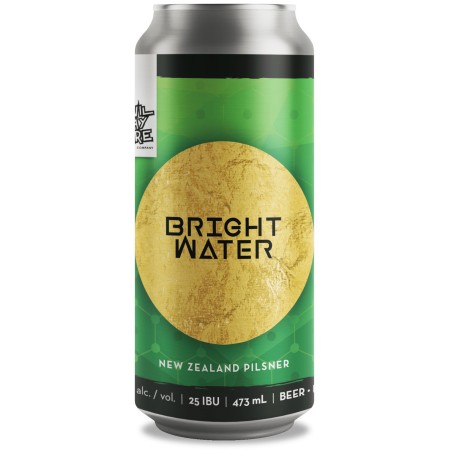 WINNIPEG, MB – Devil May Care Brewing has announced the release of a new beer with an extensive back story.

Brightwater New Zealand Pilsner (5% abv) has roots going back to October 2018, when the brewery released a small run of t-shirts printed with the message “I’M REALLY INTO PILSNERS. SAID NO ONE EVER.”, a joke which has a punchline more of sorts than two years later with the release of this beer.

Brightwater was brewed with New Zealand-grown hops including Motueka, Nelson Sauvin, and Wakatu, which “bring subtle qualities of white wine, tropical fruit, and lime zest to the party”; prairie pilsner malt from Maker’s Malt in Rosthern, SK; and TUM 35 yeast, a strain that was thought lost after WW2 but was recently rediscovered, and which “does some lagery stuff and some really not lagery stuff, and it does it all really well.”

The beer’s name comes from the New Zealand town of Brightwater, which was the birthplace of Ernest Rutherford, a physicist who did historic work at Montreal’s McGill University in the early 1900’s that lead to the birth of nuclear physics.